Tests for infants and children (VROA)

Tests for infants and children (VROA)

The ability to test babies and young children has a unique set of problems, related to the child’s age and ability to understand instructions on how to respond. Most children will be assessed using a combination of behavioural and physiological tests.

Behavioural tests are based on observing a change in an infant’s behaviour in response to sound, such as startling to loud noises and stirring from sleep in response. 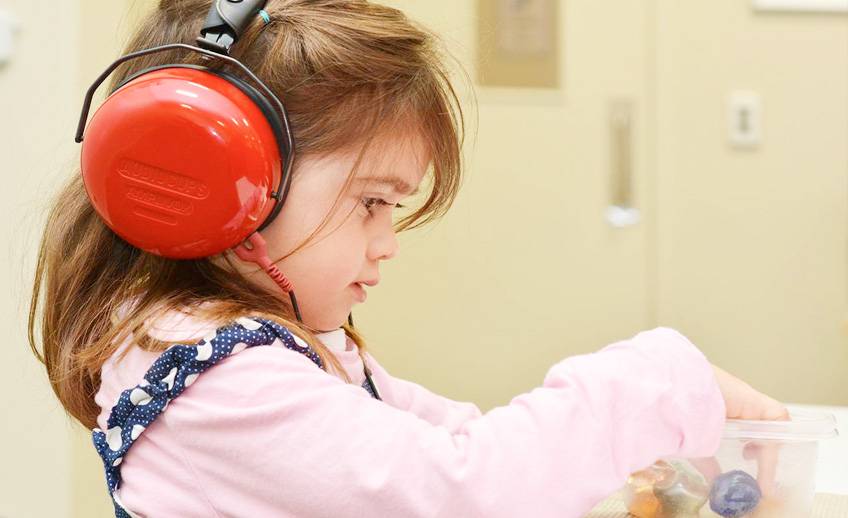 These are used to test the hearing of children between seven months and three years of age. VROA involves conditioning the child to turn towards the visual reward when the sound from a speaker is presented. By altering the frequency and intensity of the sounds, it is possible to find out about the child’s ability to hear sounds across a range of frequencies. These tests require a calibrated free field sound proof booth.

Play audiometry (Over 3-years of age)

Shown above, this involves testing the child’s hearing when headphones are worn. Play audiometry works the same way as pure tone audiometry (person indicates when they can hear a tone), except when the child hears a tone, they put a marble in a marble race, press a computer key or put a piece in a puzzle. 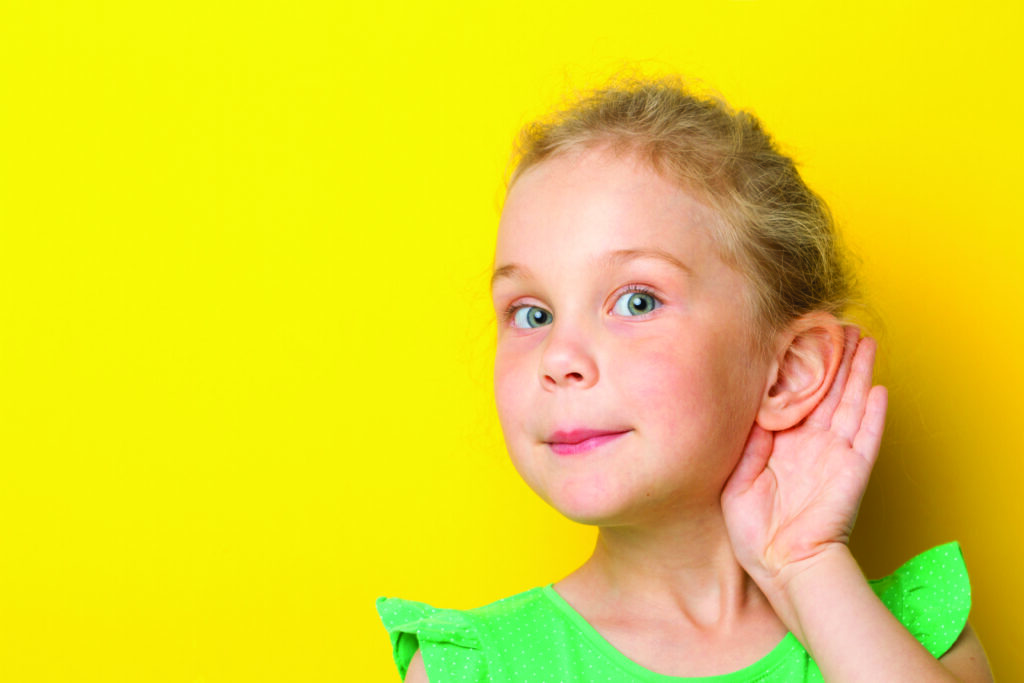 These look at the electrical activity generated in response to sound along the cochlear nerve to the brain. It may be carried out while a baby is in natural sleep.

This is a medical test performed in hospital, under anaesthetic. It picks up the tiny electrical signals generated in the cochlea in response to sound and provides information about the functioning of the cochlea and cochlear (hearing) nerve.

DPOAE’s are used as a diagnostic tool to provide frequency specific information on cochlear outer hair cell function (sensory cells within the inner ear). Using specially designed equipment, a plug is positioned in the ear canal and specific sounds are played. In a healthy cochlear these sounds can generate a very soft response (emission) from the cochlear that can then be measured by the plug in the ear canal.

DPOAE testing is a completely objective test and thus does not require any subjective response from the client/patient. It is for this reason that it is used as a newborn hearing screening tool in many countries around the world. DPOAEs are used clinically as a cross check with other audiological tests, including various methods of pure tone audiometry, speech audiometry and immittance audiometry (an objective test that evaluates middle ear function). DPOAEs can also be used as a monitoring tool for individuals being exposed to ototoxic drugs (such as some chemotherapy agents) or dangerous levels of noise, as in some cases absent DPOAEs can occur before a hearing loss is showing on the audiogram.

We can test children from 7 months old in Ivanhoe, Bundoora & Brighton clinics ONLY. We can test 5 years and above in all our clinics.

There are also many reasons for trusting Hearing Professionals with your hearing health. Unlike most clinics throughout Australia, we are not owned or aligned to a hearing aid manufacturer. Therefore, you can be assured that we will always offer independent advice and discuss the full range of solutions that are best suited to your needs – including hearing aids from ALL leading manufacturers.